August Student of the Month 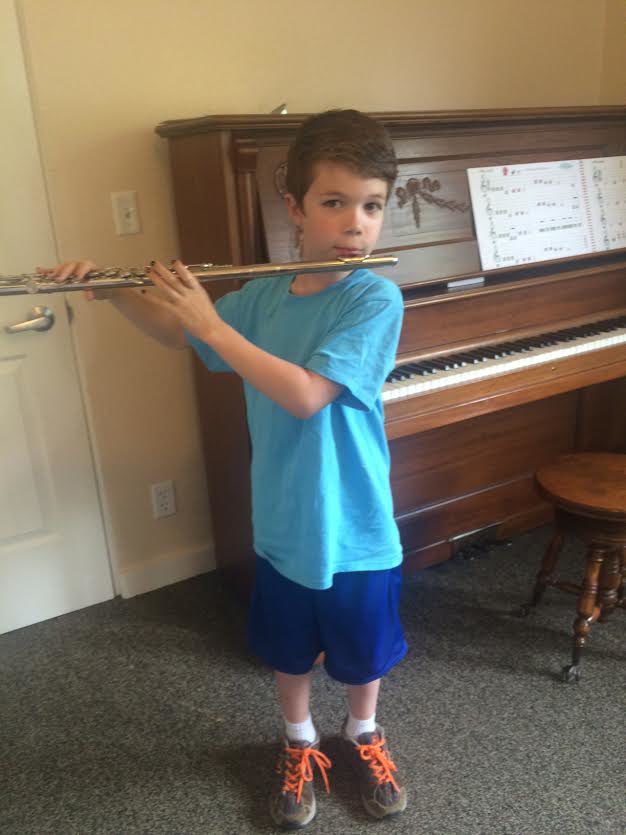 Northwest School of Music is proud to honor flutist Nick Williams as our Student of the Month! Nick is an energetic and curious student who is always interested to know how and why things work. Mrs. Perkins instructs Nick on the flute, and says he’s quite fun to teach.

Nine year old Nick has been playing the flute for a little more than a year, and he’s made great progress so far! When asked what he enjoys about playing a musical instrument, he said, “It’s very fun, and it educates you as well!”

Nick has been ripping through the songs lately, and is especially playing folk music. His favorite song is currently “Lo Yisa Goy”(a Hebrew folk song), because he “really likes the tune, and it’s not too complicated.” Nick is now studying “Andantino” and “Humming Song,” both by Robert Schumann.

Nick has been learning many new skills on his flute lately, including mastering the key of D Major, playing slurred notes, the timing of 8th notes, and even trying his hand at staccato. He’s been taking it all in stride and has enjoyed how these skills are helping him become a more dynamic flutist.

Aside from playing the flute, Nick also enjoys spending his time playing soccer, video games, and board games with his friends and family.

When asked what a fun fact about him is, Nick told us that he is “really good at climbing poles.”

Sounds like a skill that could really come in handy sometime! 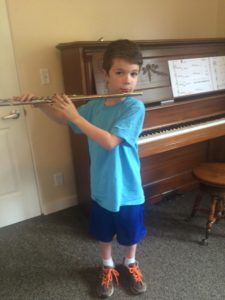 Nick’s favorite subjects in school are math and science. He says he enjoys them because, “they are both easy and hard at the same time, and they really make you think.”
All in all, Nick is a wonderful student and so much fun to work with. We look forward to seeing where he takes his flute skills to as he grows.